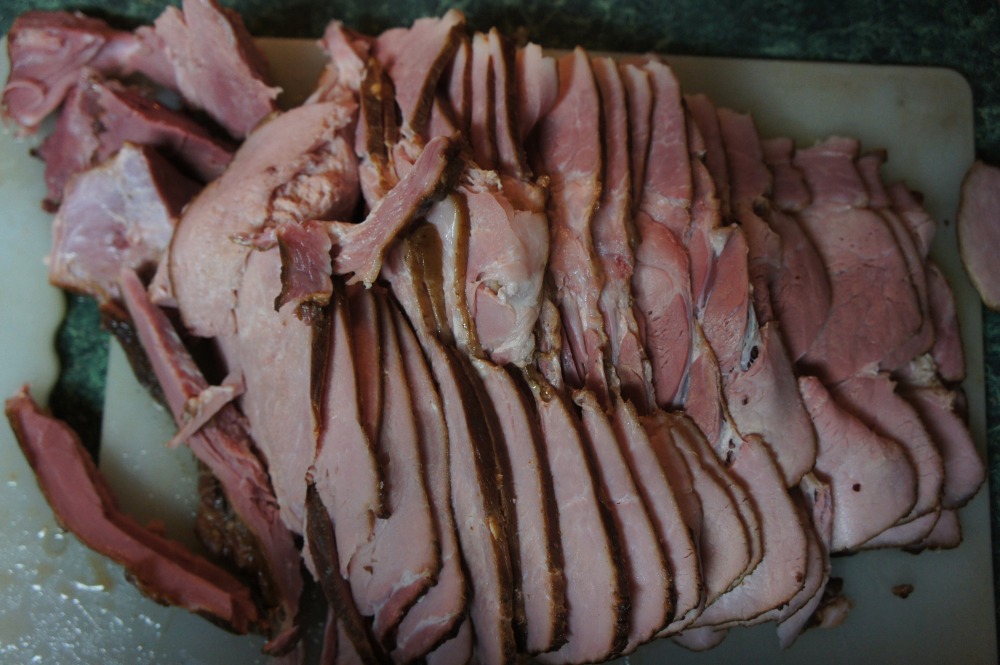 As a lover of ham, I have always wanted to do a Green ham.  They are also known as a Country Ham or a Fresh Ham.  It basically just refers to a back leg of the pig that has yet to be cured.  You can cook them without curing them, but without adding the ham magic to it, it will turn out more like a pulled pork rather than a rocking awesome ham!  I was intimidated to start with, but now that the process is over, and the hams turned out awesome, I can’t wait to try it again!  Here is what I did.

I started on a Saturday morning.   My giant hunk of pork was thawed, but it was to big to fit into my smoker.  It was a 20 lb Green ham, so I had to make it more manageable.  I grabbed a bone saw and cut that sucker in half.    If you do this, make sure you have a sharp saw designed for cutting through bone.  You will save yourself a lot of time and mess.  Cut the ham evenly all the way to the bone with a sharp knife and then use the saw. 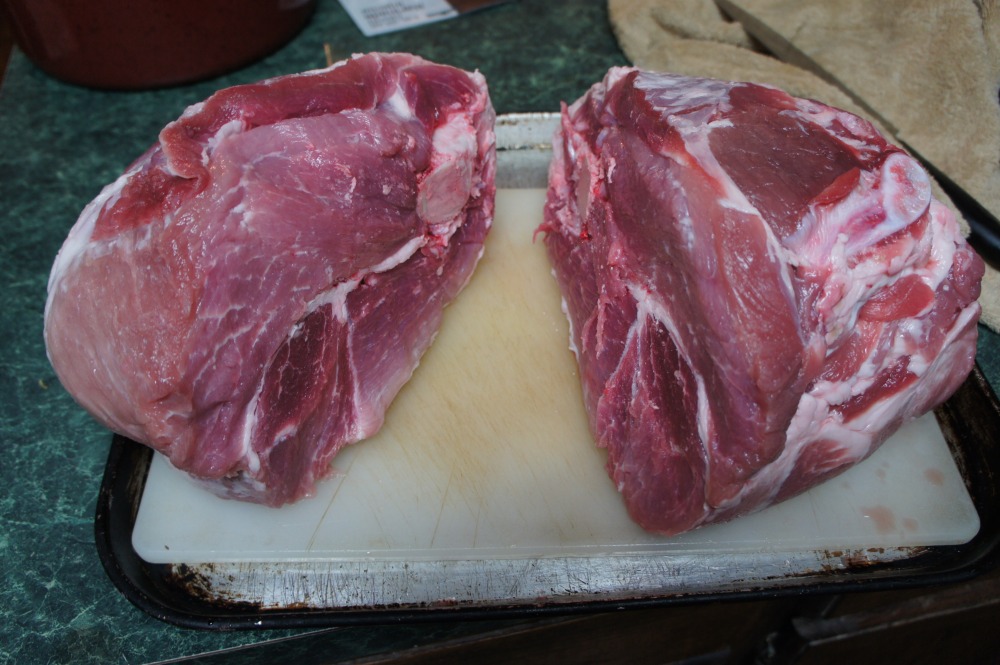 Now that they are cut in half, go ahead and make the cure.  It is a pretty easy combo.  I used

1 1/2 Cups of Morton’s Tender Quick – The Tender Quick contains all of the salt and Nitrates you will need to cure the ham.

Bring all of those 3 ingredients to a slow boil.  Just long enough for everything to dissolve in the water.  Let this mixture get cold before you inject the ham or soak them.   Once it is cold, go ahead and grab your meat injector and start pumping this ham full of cure. 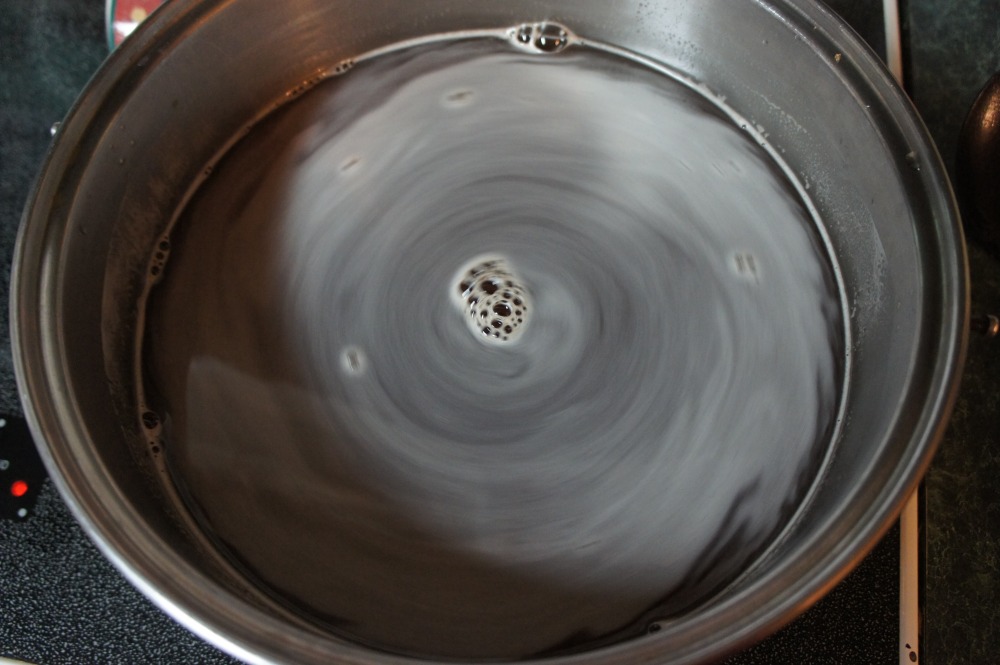 Make sure you have it in a pan as there will be some seepage!  Fill the injector, insert as far as you can, push the plunger and slowly pull the injector out as you plunge down so you get a nice mix throughout the ham.  Sometimes when it got to the top, some cure would pour out so I would just pinch the top of the meat for a couple seconds.  I did this with both the hams.  Go nuts on the injecting!  This is the ham magic!

I threw both the hams into a giant kettle, poured the rest of the cure into the kettle and made sure that the hams were submerged.  Every day I would turn and rotate the ham, and every 2 days, I would inject the hams again.   On the 3rd day, I actually made a extra couple cups of cure and poured it over the ham.  This time I just threw 1 cup of tender quick into 2 cups of water, stirred it and poured it over the hams.   I let the 2 hams sit in the cure for 7 days.

Saturday morning I woke up and started the smoker and set it for 225 degrees.  I soaked hickory chips, and I poured a mixture of water and apple juice into the water pan at the bottom.  Once the smoker reached temp, I threw the ham on the middle rack.  The goal temp you are trying to reach is 160 degrees.  This took about 5 hours.  I added wood chips about every hour.

The ham came out of the smoker and had a nice looking brown outside to it that you get from smoking. 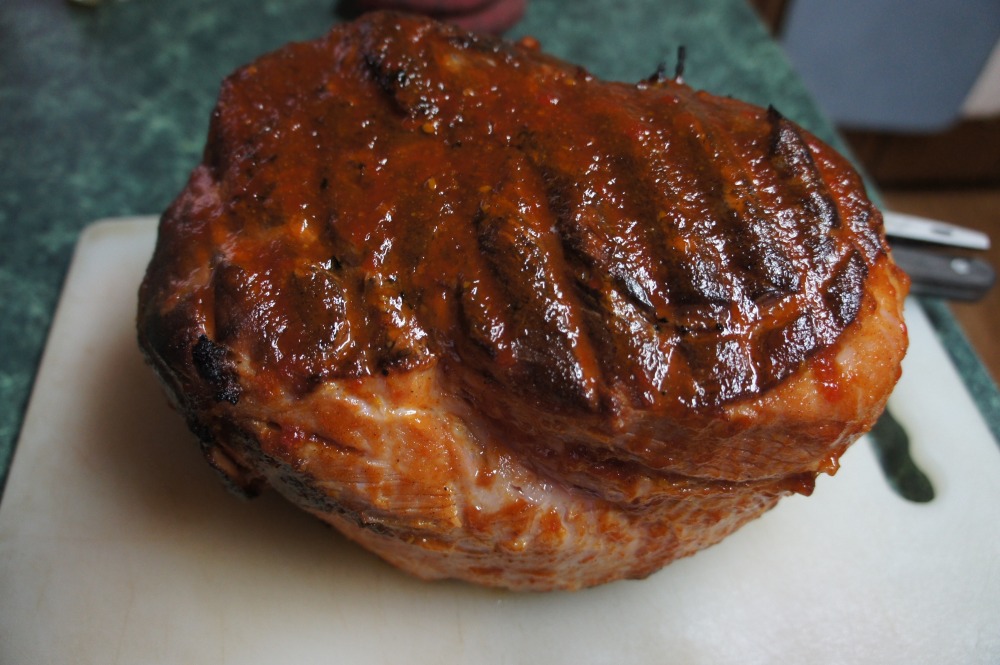 At this point, I still had no idea of what this ham looked like on the inside.  Did the cure work and make the ham a nice reddish pink, or did the cure not work and did the ham turn out brownish like pulled pork.  Once I sliced into it, all my worries were gone.  It was a awesome shade of ham, and it had the perfect amount of saltiness.  My first attempt was a huge success.  Sunday I repeated the process with the second ham and that one turned out just as good. 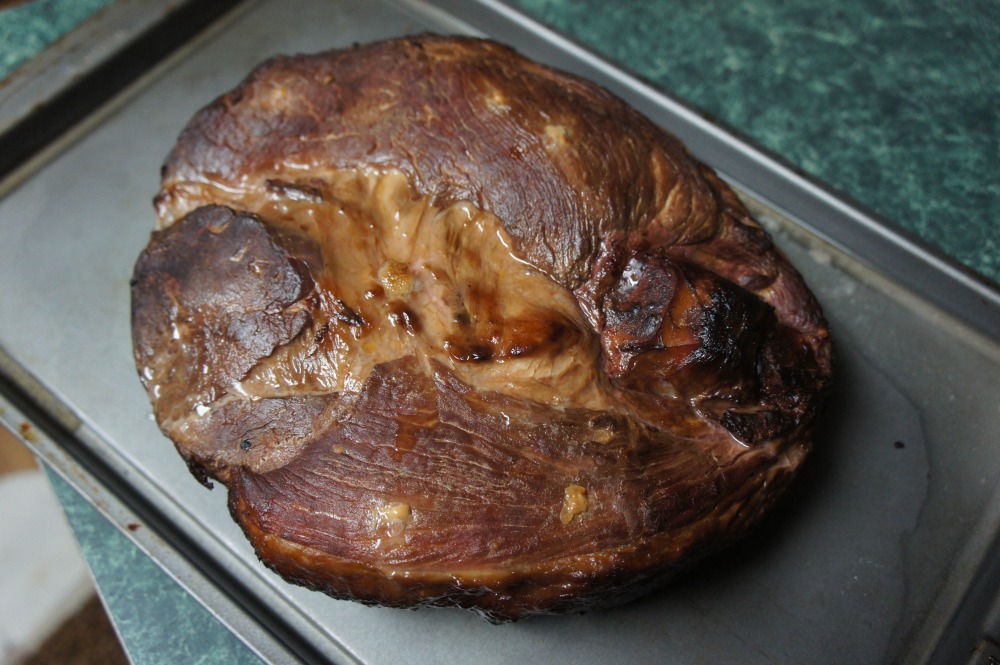 These were maybe the best hams I have ever made.  It was a long process, but man was it worth it!  I didn’t use any seasoning on the outside.  When the 1st ham was done, I made a root beer brown sugar glaze and threw it in the oven for about 10 minutes at 430 degrees just to really make that glaze stick.  I froze the second ham for Eelpout in a couple weeks and then I plan on making  a Maple Brown Sugar Apple Juice glaze for it. 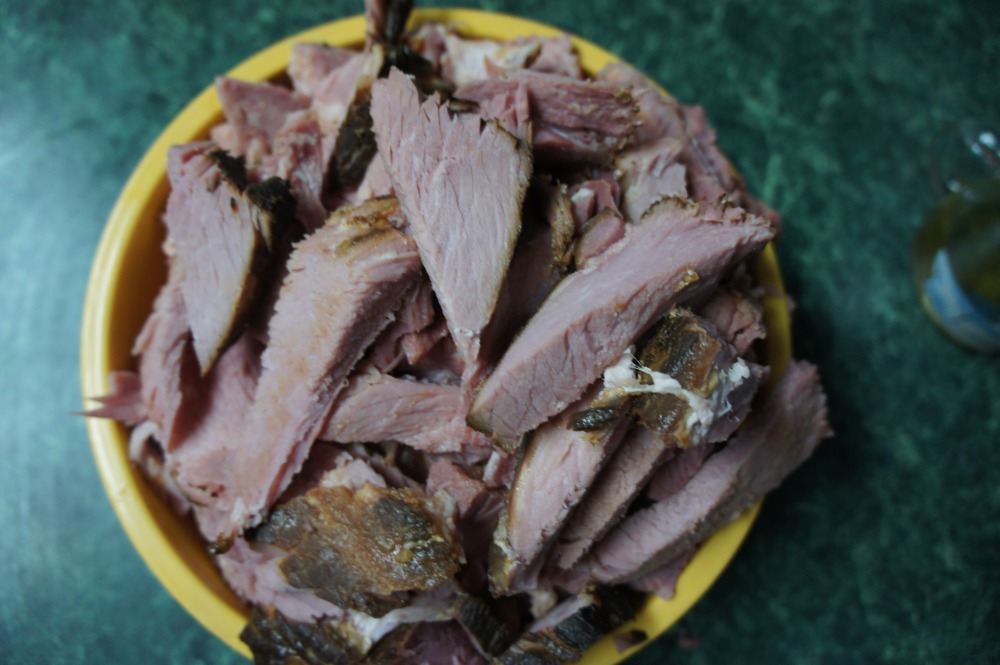 If you get a chance to try making a green ham, do it!