I am just going to try and grill everything from now on. This turned out pretty tasty, but it was definitely missing the flavor and texture of not having and breadcrumbs with it. Next time I might make some sort of Bread Crumb / Crouton Mix that I can add into the sauce when i pour it onto the chicken. So here is what I did, pretty basic and simple.

First I butterflied some Boneless Chicken Breasts and rubbed them with a Italian Seasoning rub. 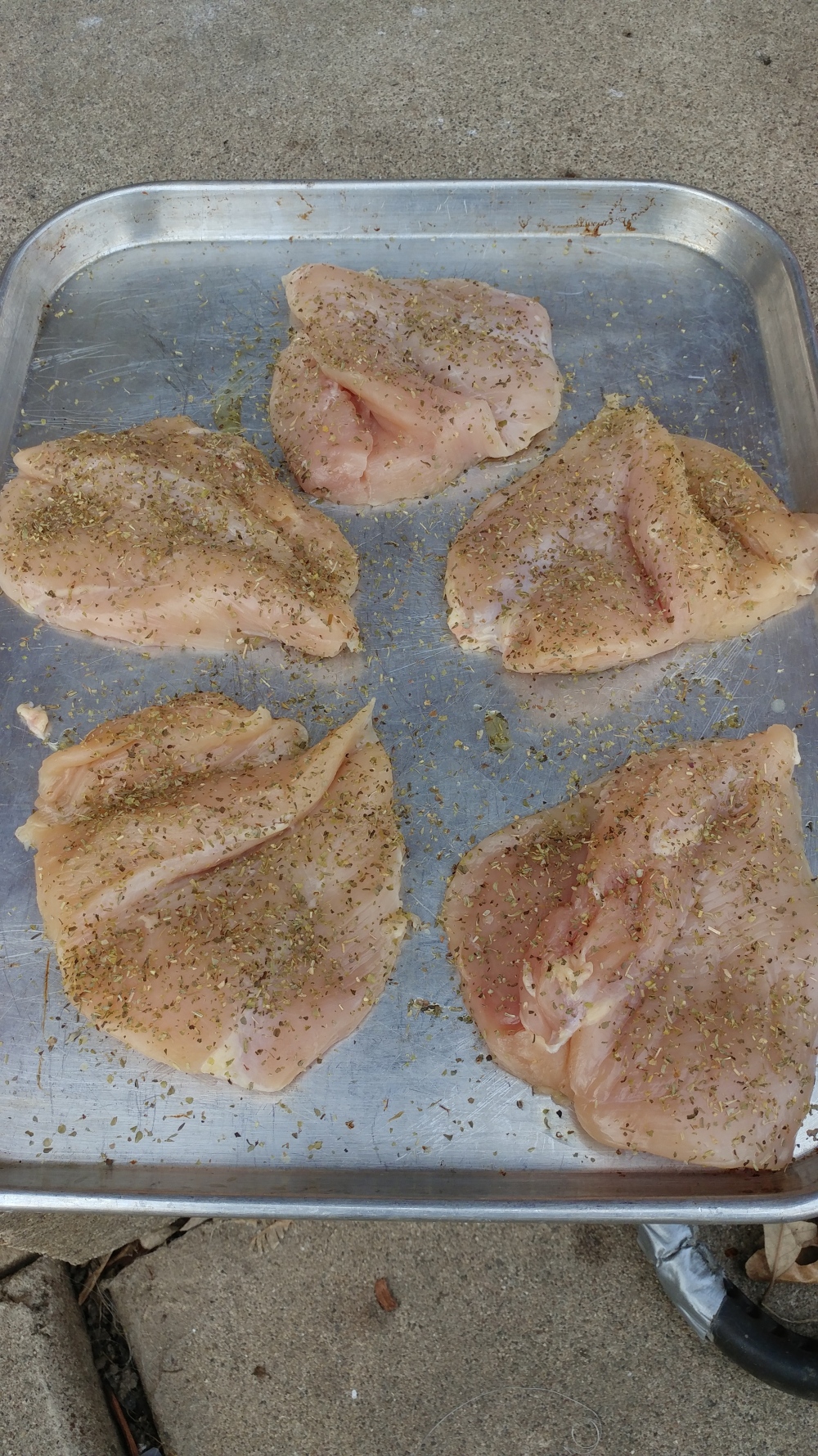 While they sat a bit, I got my coals going. I threw the Chicken Breasts onto the grill right in the edge of the coals and grilled them till they hit about 150 degrees and had a nice color to them. 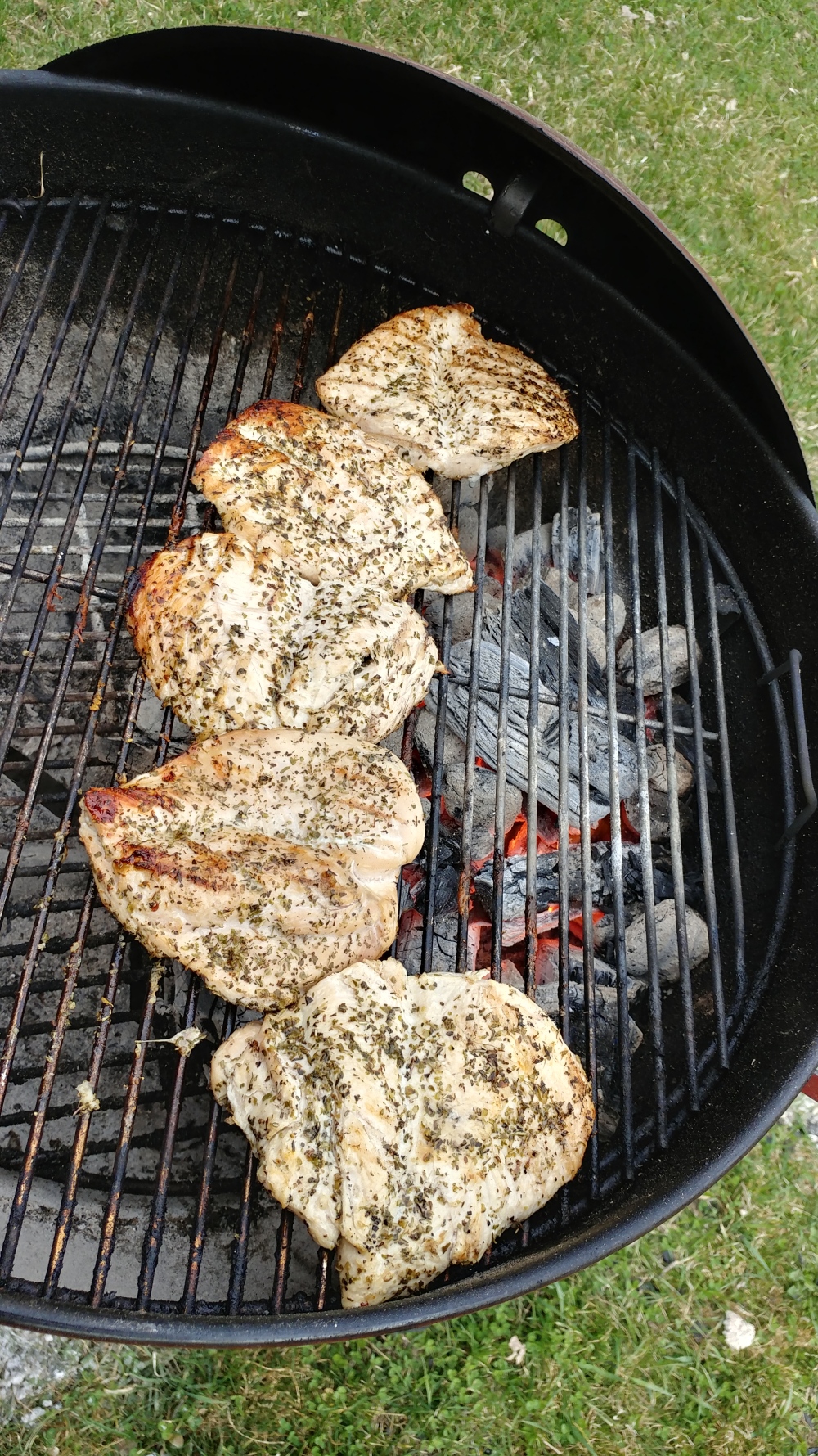 I added a nice layer of Spaghetti Sauce, followed by a nice layer of Shredded Mozzarella Cheese and topped it off with some grated Parmesan. I covered them up with the melting domes and let them sit for a couple minutes until the cheese was melted and starting to brown. 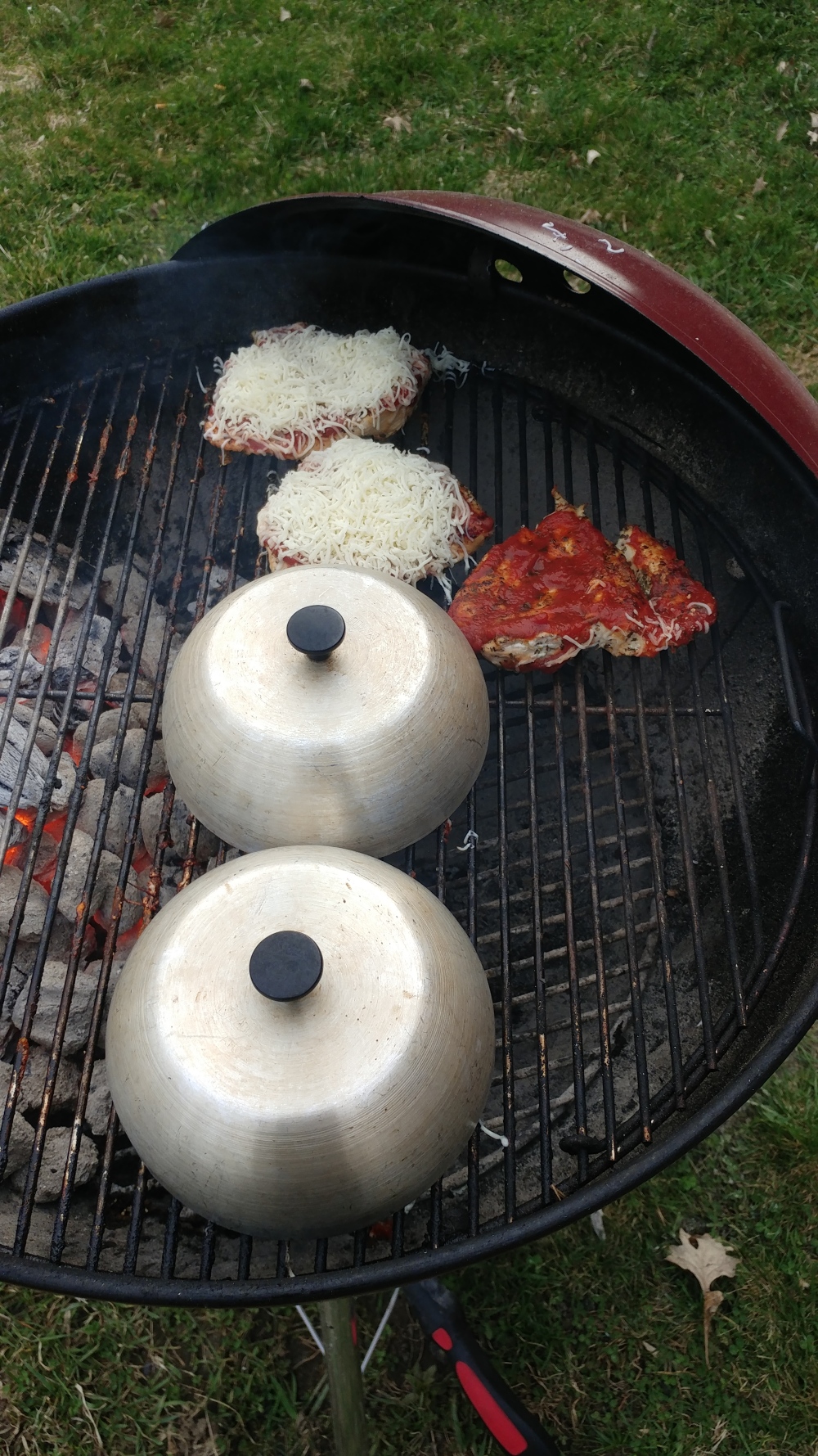 I took them off and served them on hoagie buns. 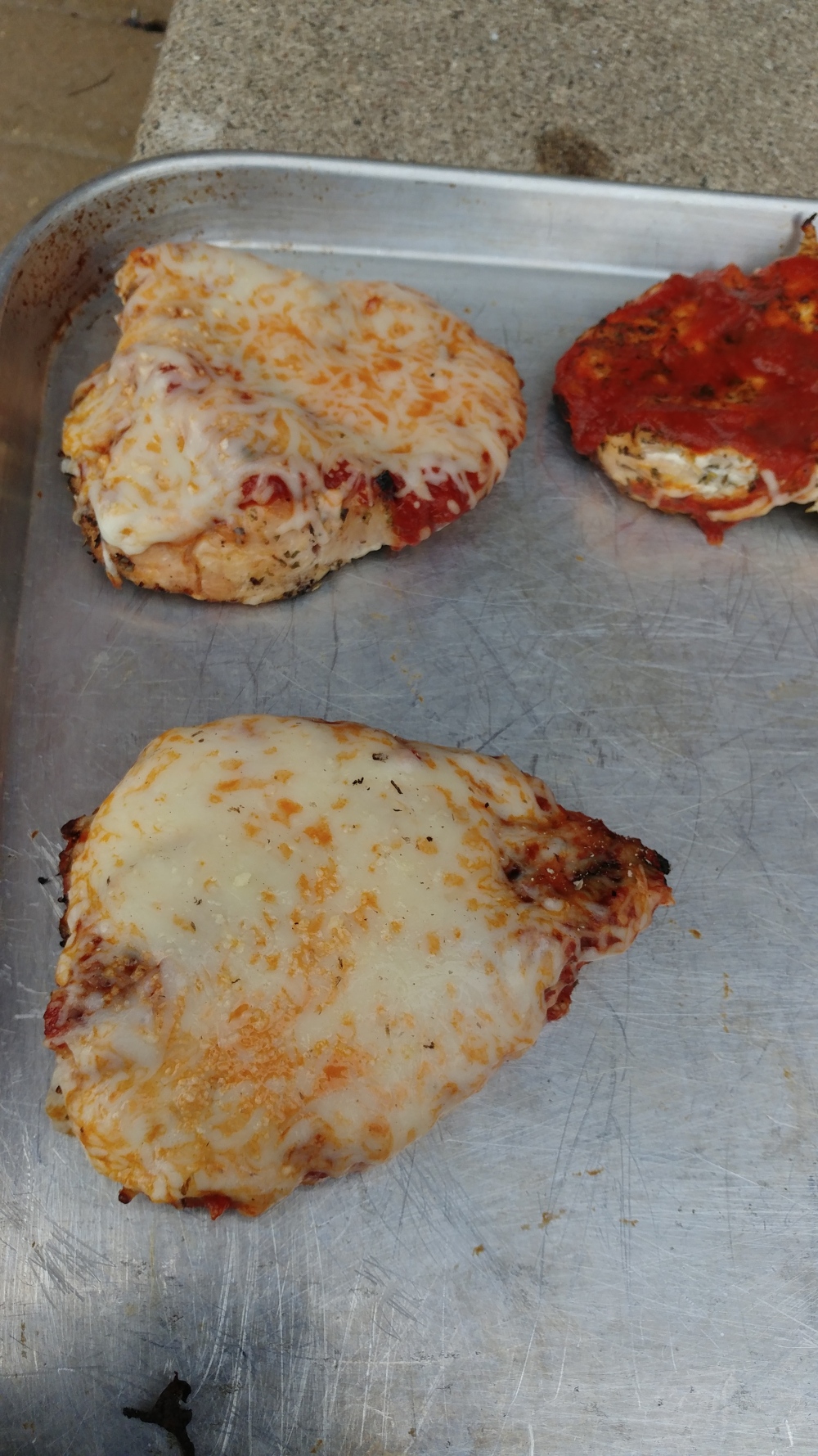 Again, next time I think I will add some seasoned bread crumbs to the sauce mix and I think I might want to add some crushed red pepper to the sauce to as well to give it some heat. The chicken had that classic Parmesan flavor but also had that great grilling flavor as well.