So someone had forwarded me a neat looking recipe of someone baking apples with all the fixings for pie on it without the crust. It looked good but I decided that I wanted to try them on my Weber Grill. I was not disappointed. They for sure don’t look as pretty as the magazine, but they tasted awesome. They are also pretty labor intensive, but over all worth it. Here is what I did. 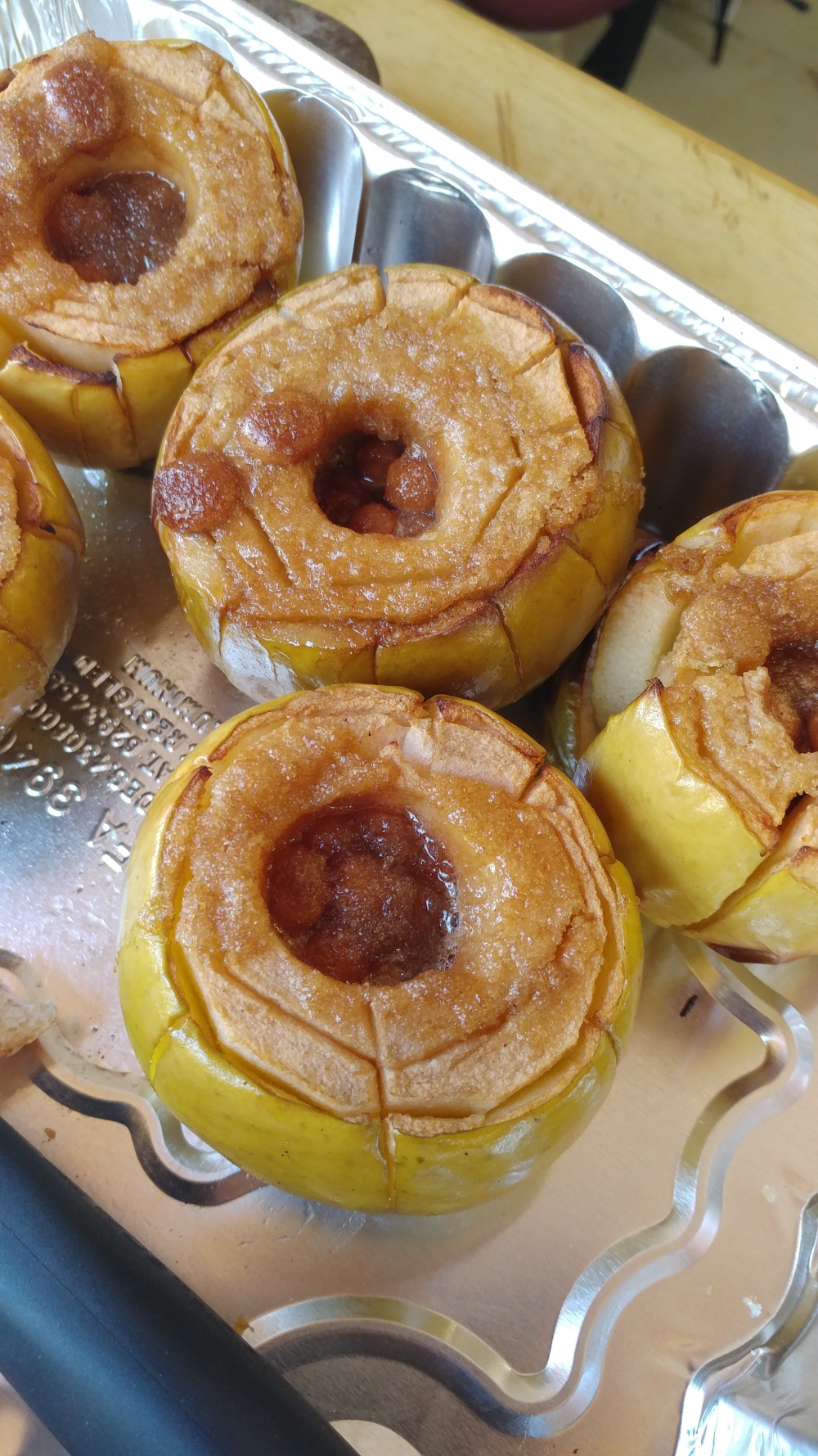 I took 5 Granny Smith Apples and cut just the top off of it. I then took a melon baller out and scooped out the core. For the next part, I would recommend using a sharp knife like a fillet knife or a paring knife. The original instructions said the cut 3 circles on the inside of the apple, but I could only fit 2. Once you have those circles cut, flip the Apple over and make slits up and down opposite direction of your circles like you are making a blooming onion. 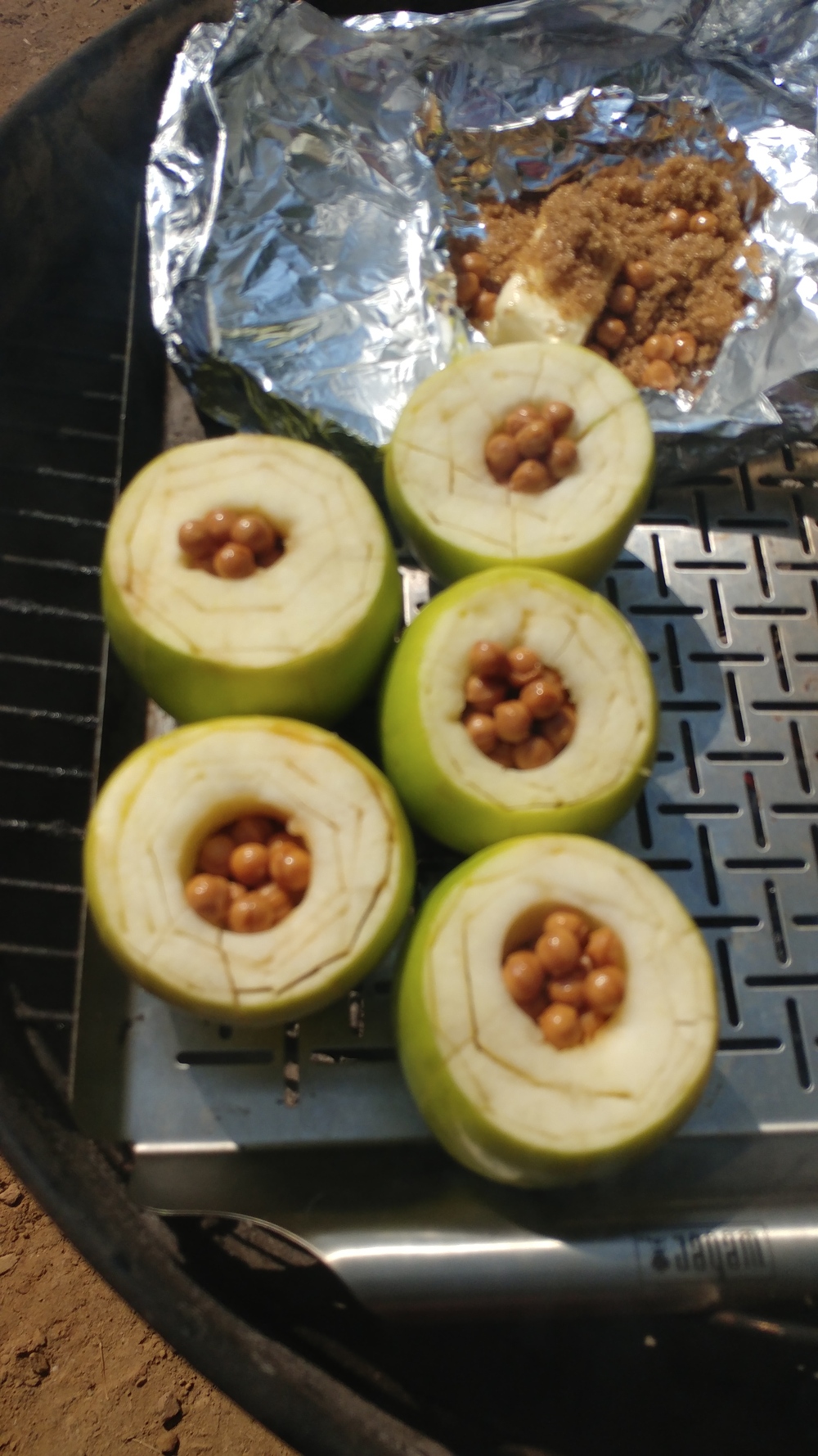 Flip the Apple back over and in the area where you cut out the core, fill it back up with caramel pieces.

While this whole process is going, I had my coals getting ready in the chimney on the grill. Once those were ready, I dumped them all on one side and I placed my grill pan on the indirect heat side. 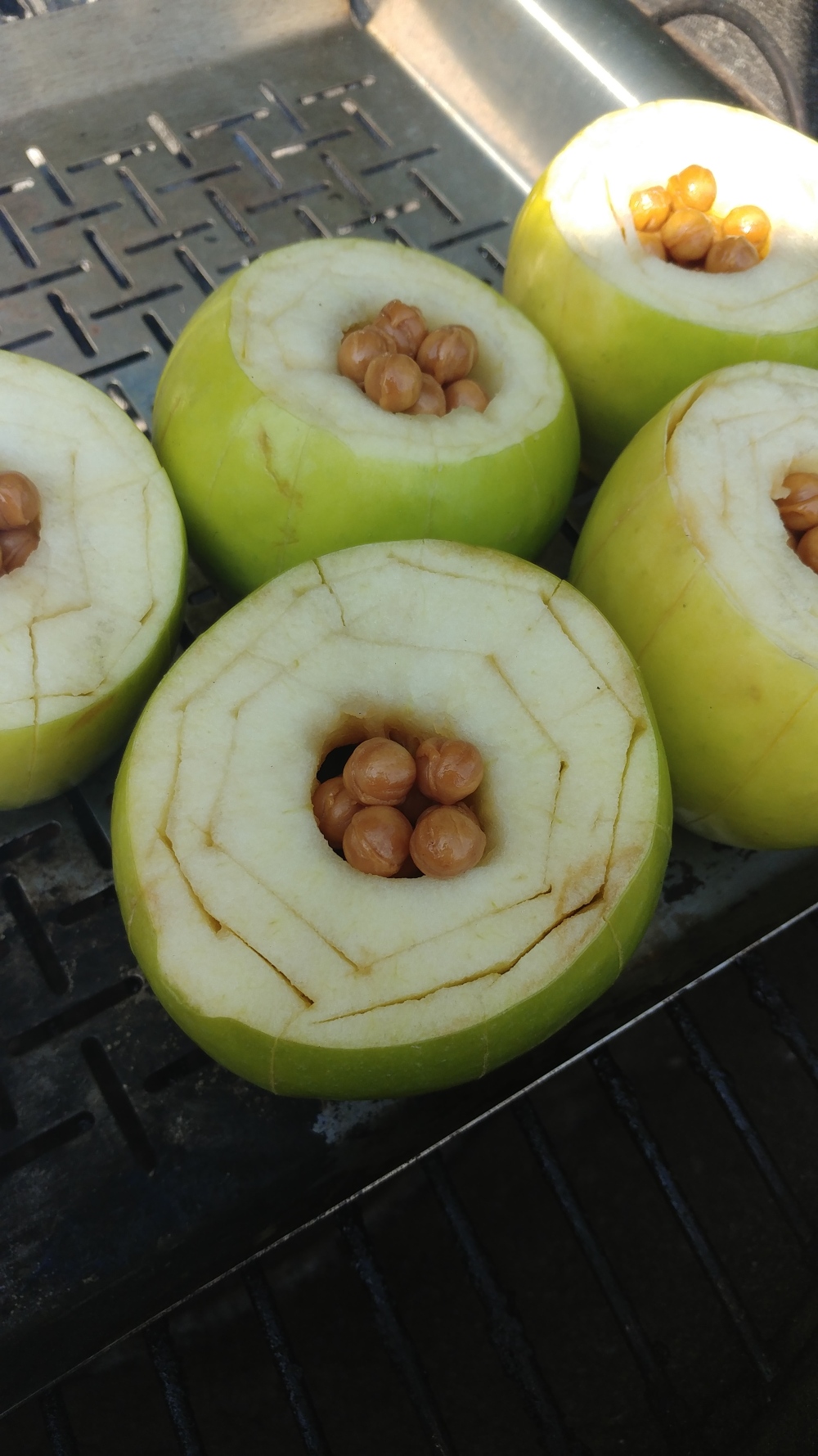 While the grill was warming up, I made a mixture of Brown Sugar, butter, and Cinnamon. I poured that over the top of the uncooked apples. I placed them on the pan and closed the lid. I let them cook on the grill with the vents wide open for about 35 minutes. We pulled them off and covered them with vanilla ice cream. Awesome. They still had a little Apple crunch left in them but they also had that soft apple pie filling textures to them! A great grilling item!