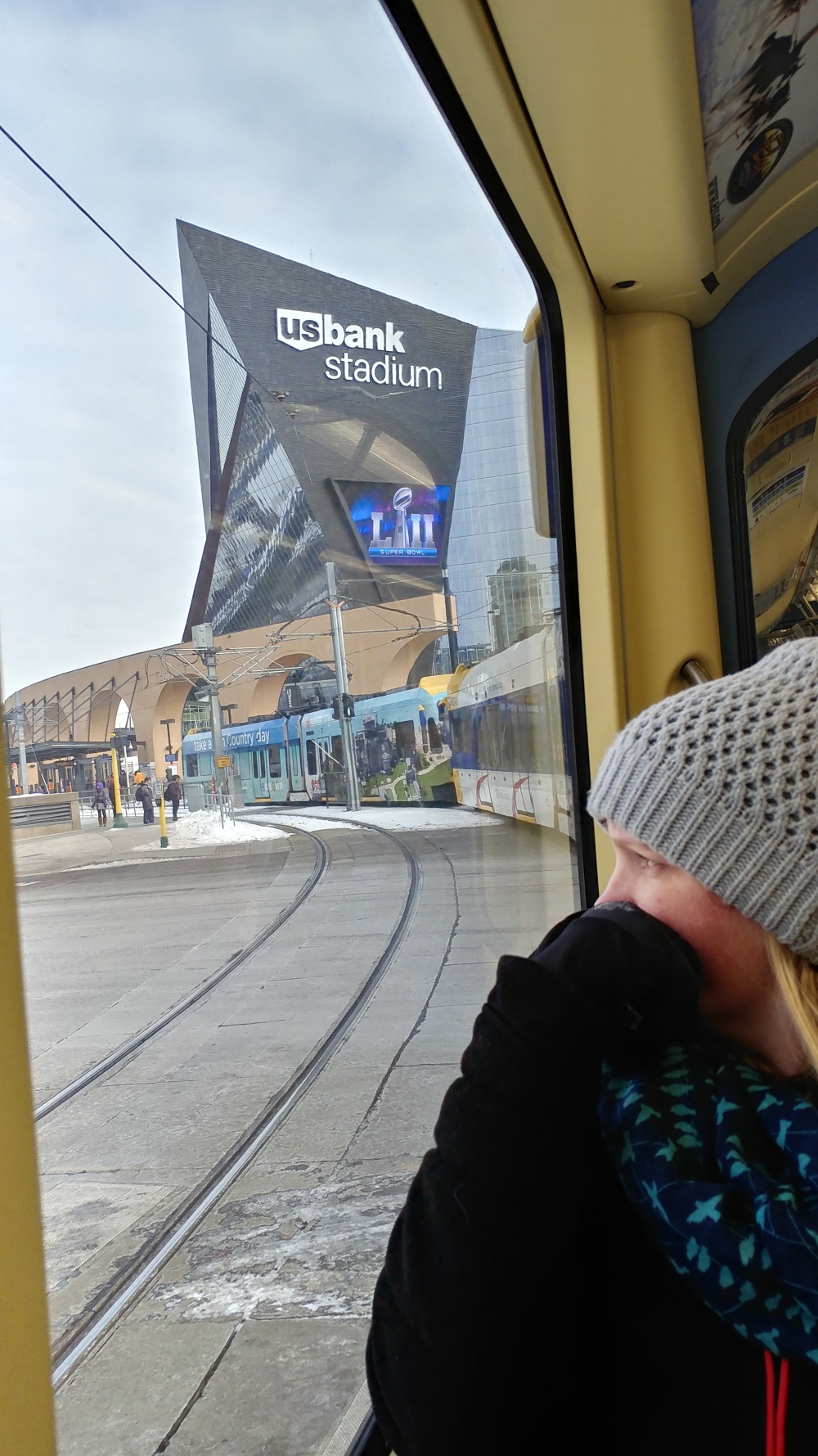 So even though I am a tad bit bitter that the my Minnesota Vikings lost the NFC Championship game to the Philadelphia Eagles on my birthday, I was super worried of having a terrible case of FOMO after all this was said and done. I told myself I wanted no part of the festivities, but its all that radio, TV, and everyone in the state is talking about. So, we waited for a Cold day (-15 Below when I woke Up) and decided to head downtown on Friday. We figured the Cold and the daytime would limit how many people were down there and we were right. 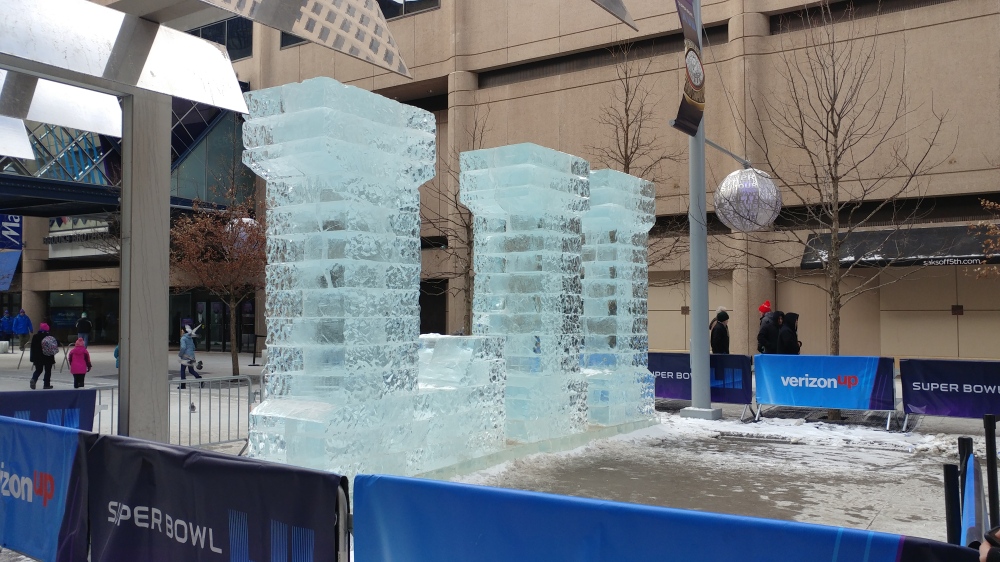 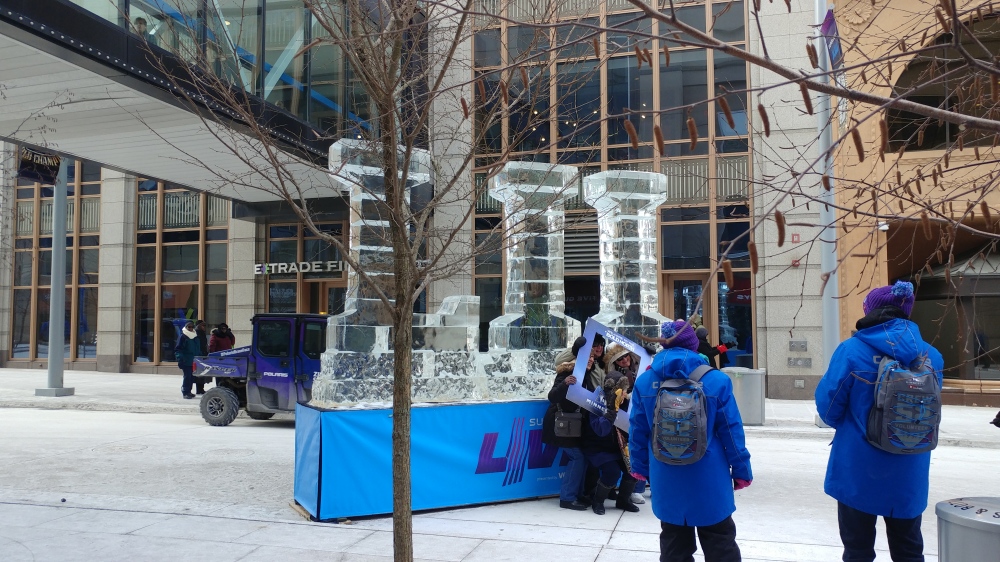 We started the day by heading to the Mall of America. On the 3rd Floor of the Mall is where they had Radio Row set up.

That was neat to see, but it was a zoo. A) because it is the MOA and that place is always crazy B) People were hoping to see they favorite Football Players or Radio Personalities and C) It is was super F’N cold outside. We did a quick walk through, saw our local guy Paul Allen at the KFAN Booth and we headed out.

We were going to take the Light Rail Train all the way from the Mall to Downtown, but decided to get on closer to Downtown to save some time. The first thing we saw as we approached the city was a BlackHawk Helicopter flying slog the Train and circling the buildings at rooftop height. Pretty Neat! 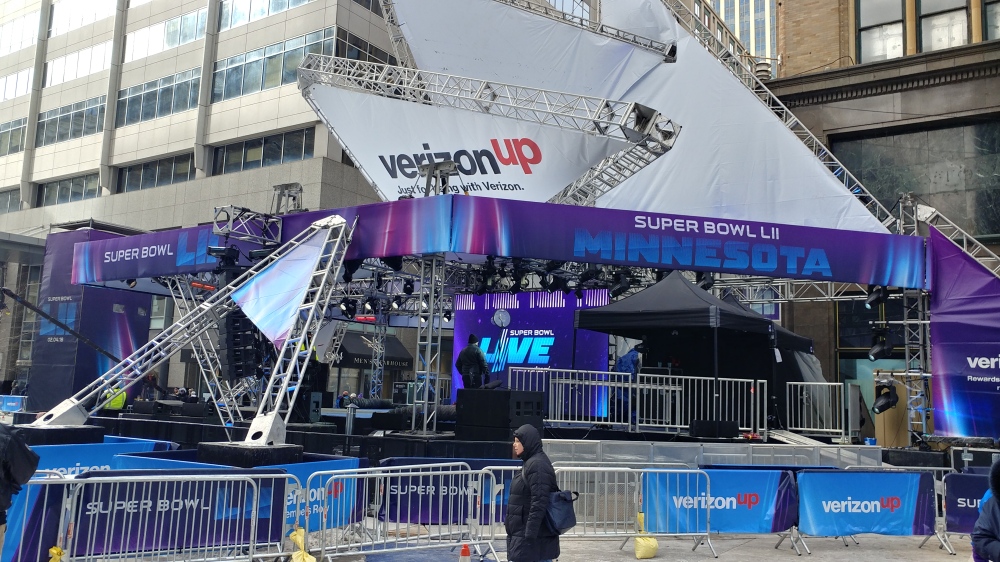 Not the only heavy security we saw that day. Aside from the Sheriffs and Local Cops walking around with M16’s and full gear, they had Humvees with the Guns on the roof at every intersection around Nicollet Mall. When they traffic changed and people were allowed to cross the street, the Humvees pulled out into the intersection to block traffic.

We did the Lap down Nicollet Mall, saw all the neat stuff, got a bunch of free swag, bout some neat stuff at the the store including a odd pin of what looks like Paul Bunyon stabbing himself in the throat! 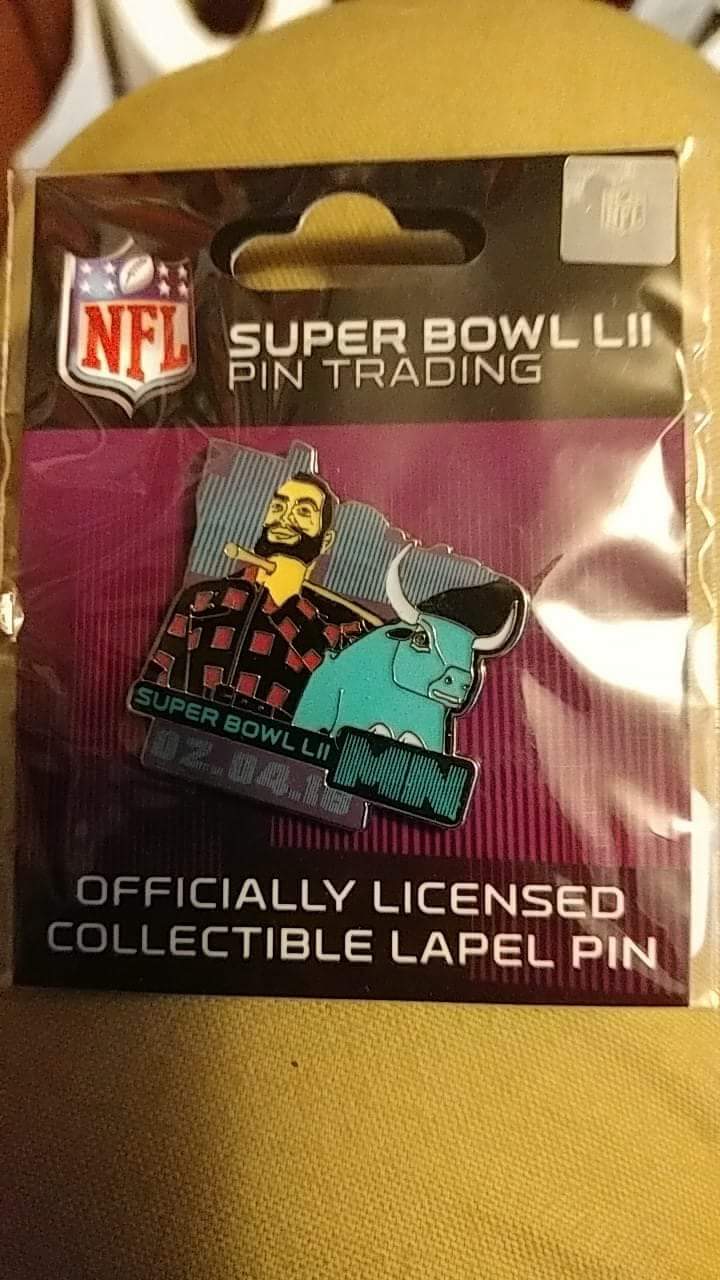 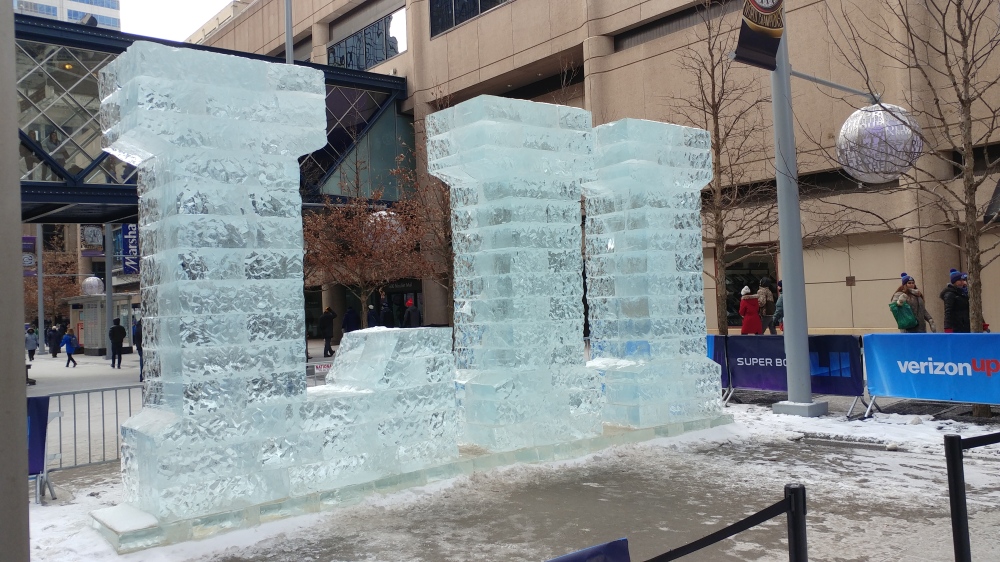 It is him holding his axe, but it was badly drawn up! Got everything, and got out of the city before things got crazy! I’m happy I went, but I would of been happier if I could of seen a different team! 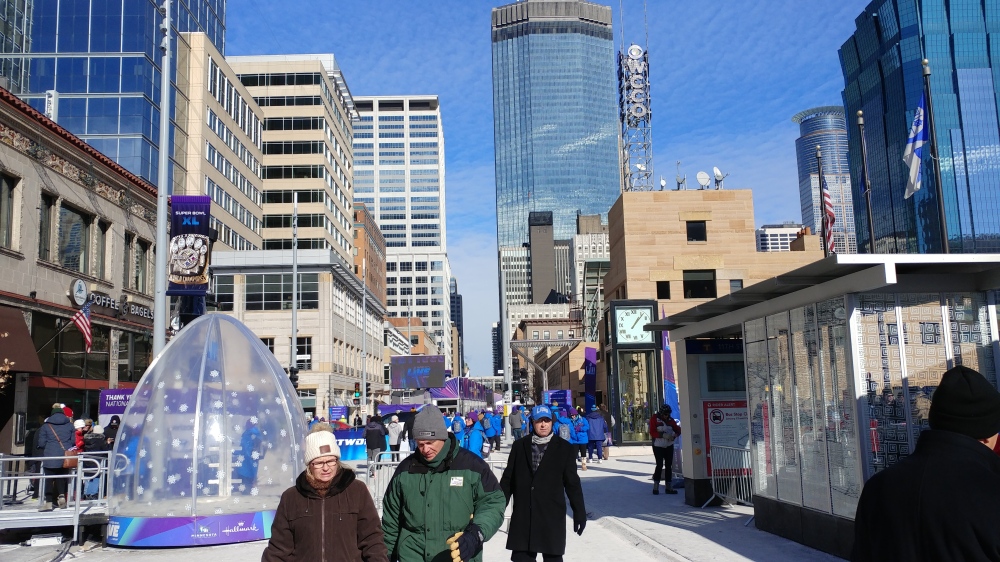 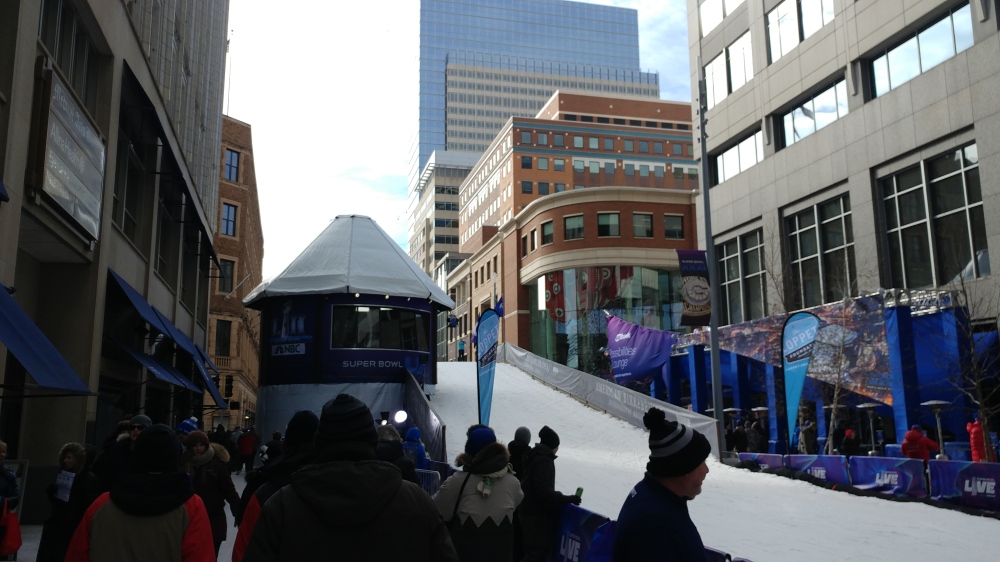