So I had these chicken breasts laying around and some other random stuff, and it was a blizzard all weekend, so I decided to do some grilling. Of course. A little inclement weather isn’t going to slow me down, but it does slow down the overall temp of the grill. So here is what I had laying around

I started by taking the Chicken Breasts and inserted the knife in the long end and cut a full length pocket. I wish the breasts would of been a little larger though. Once the pockets were all made, I assembled the stuffing.

Step 2 apply a layer of pepperoni

Step 3 Lay a cheese stick in there

Step 5 Sprinkle with some Lemon Pepper and Olive Oil

Roll it up and slip it into the pocket you cut. 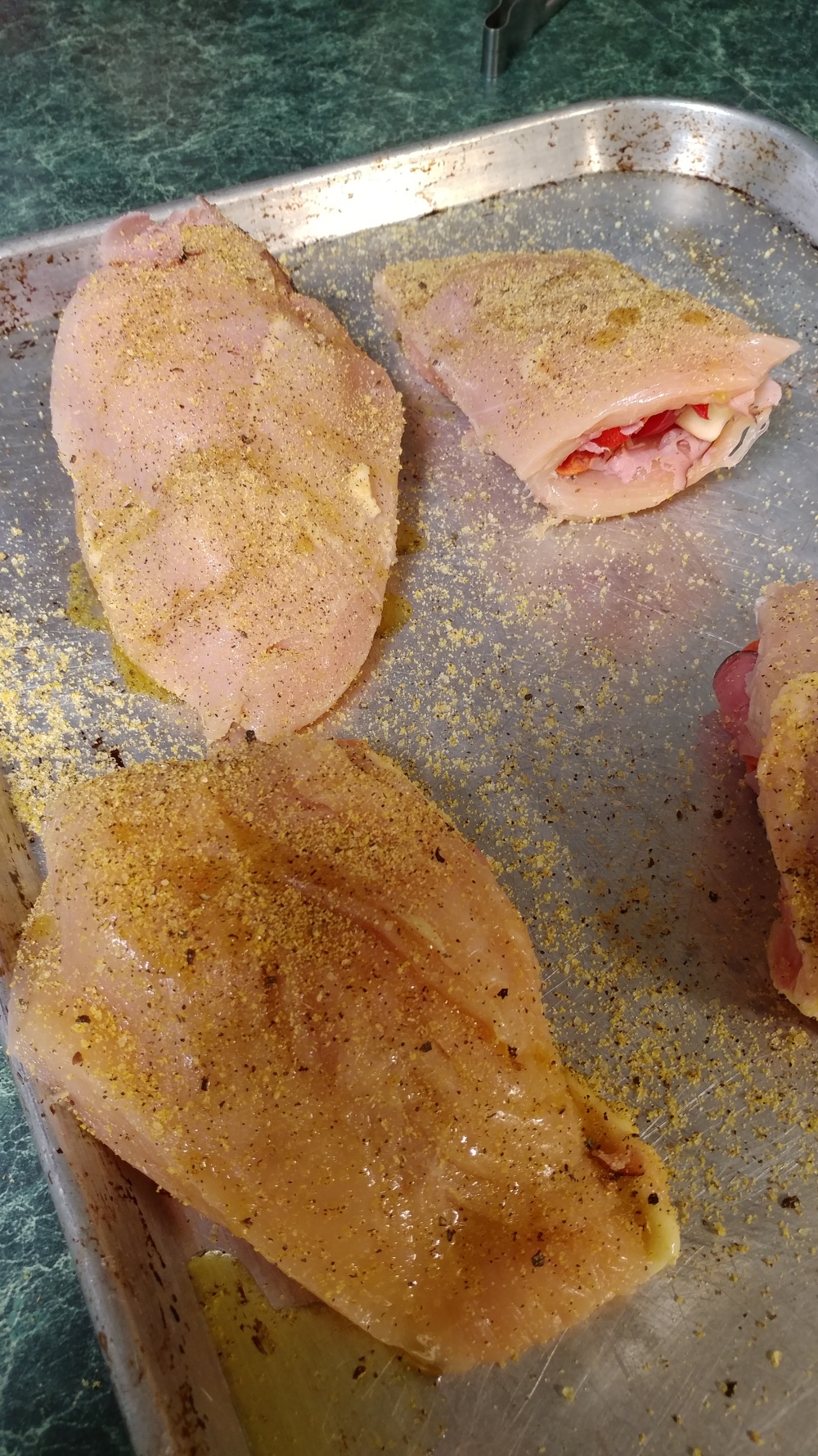 Now go get the grill going. Throw the coals to one side of there grill as you will want to cook these on indirect heat so the cheese doesn’t ooze all out. Give it about 6 minutes and go out and take a look. With the wind and cold, I couldn’t get the temp much higher than 300 degrees. If it was hotter, I would of moved the chicken a little further away from the coals.

These breasts cooked for about 14 minutes ad came off the grill with a great looking color and smell. The cheese melted nicely and stayed inside the chicken! Awesome! Maybe some sort of glaze next time!