Raw Oysters?! Yuck. They look terrible and I can only imagine the texture of that gooey slime slipping down my throat. No thanks! But, then one day, a friend posted a picture of their family BBQ and one of the attractions that day were Grilled Oysters and they didn’t look terrible! They had a nice brown crust to the edges, they looked like they had a little more solidity to them than the traditional way I have seen. So, a grilling Oysters I was a goin!

Step one, research. It couldn’t be that hard, but then I also figured it couldn’t be that easy. I found steps for shucked and un shucked Oysters, and since I had Shucked ones, I went with it. The easiest way seemed to be with this Cast Iron Oyster Pan. Being a sucker for grilling stuff, I bought one. Not with the intention of just crushing Oysters in the future, but I could use it for other stuff like Corn Bread and some Desserts ect. Once the pan was seasoned, it was go time. 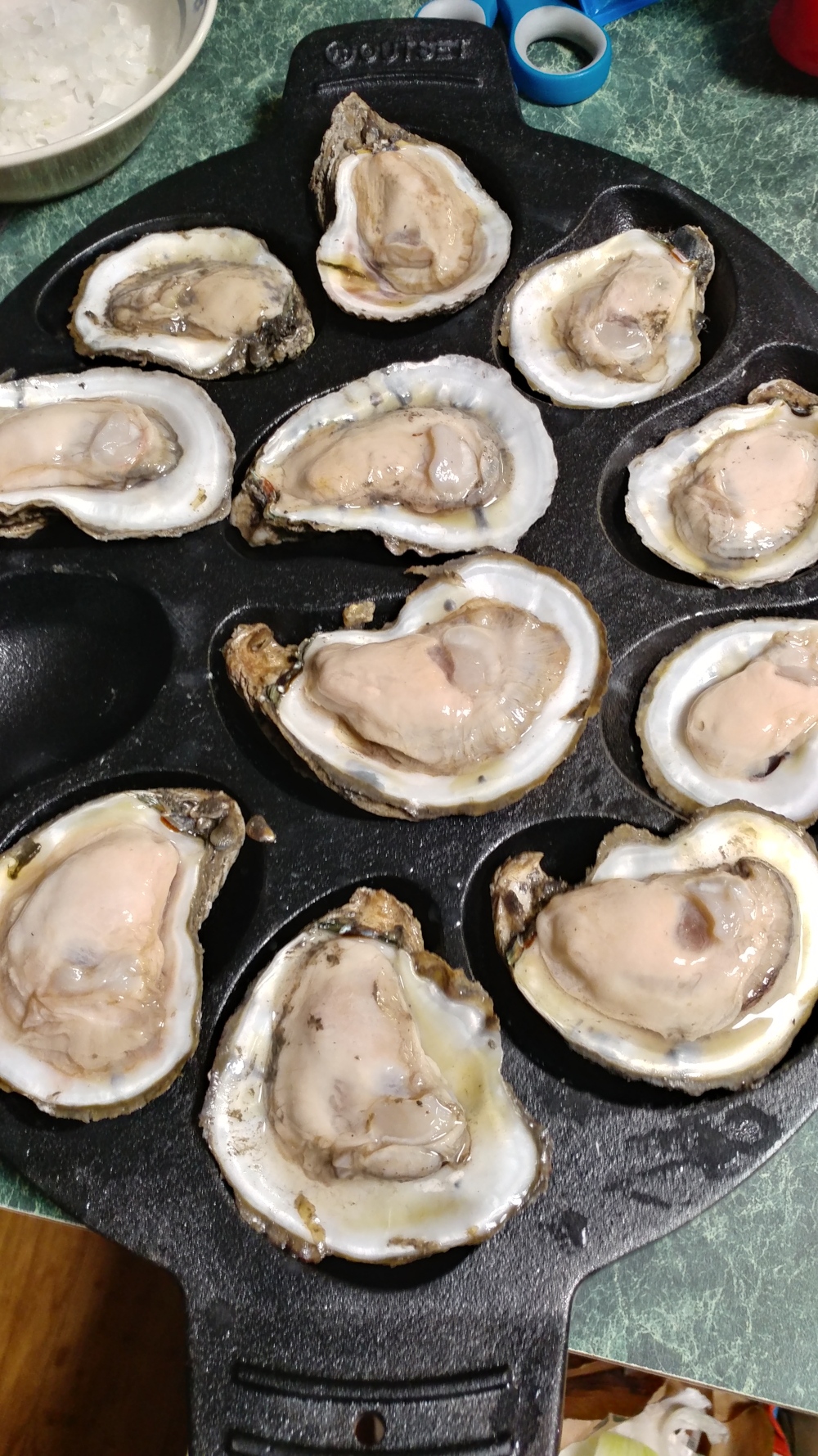 Step one was getting the grill going. Standard procedure. Coals in the chimney until they were a nice color. While that was prepping, I went inside and melted some butter and started prepping the Oysters. 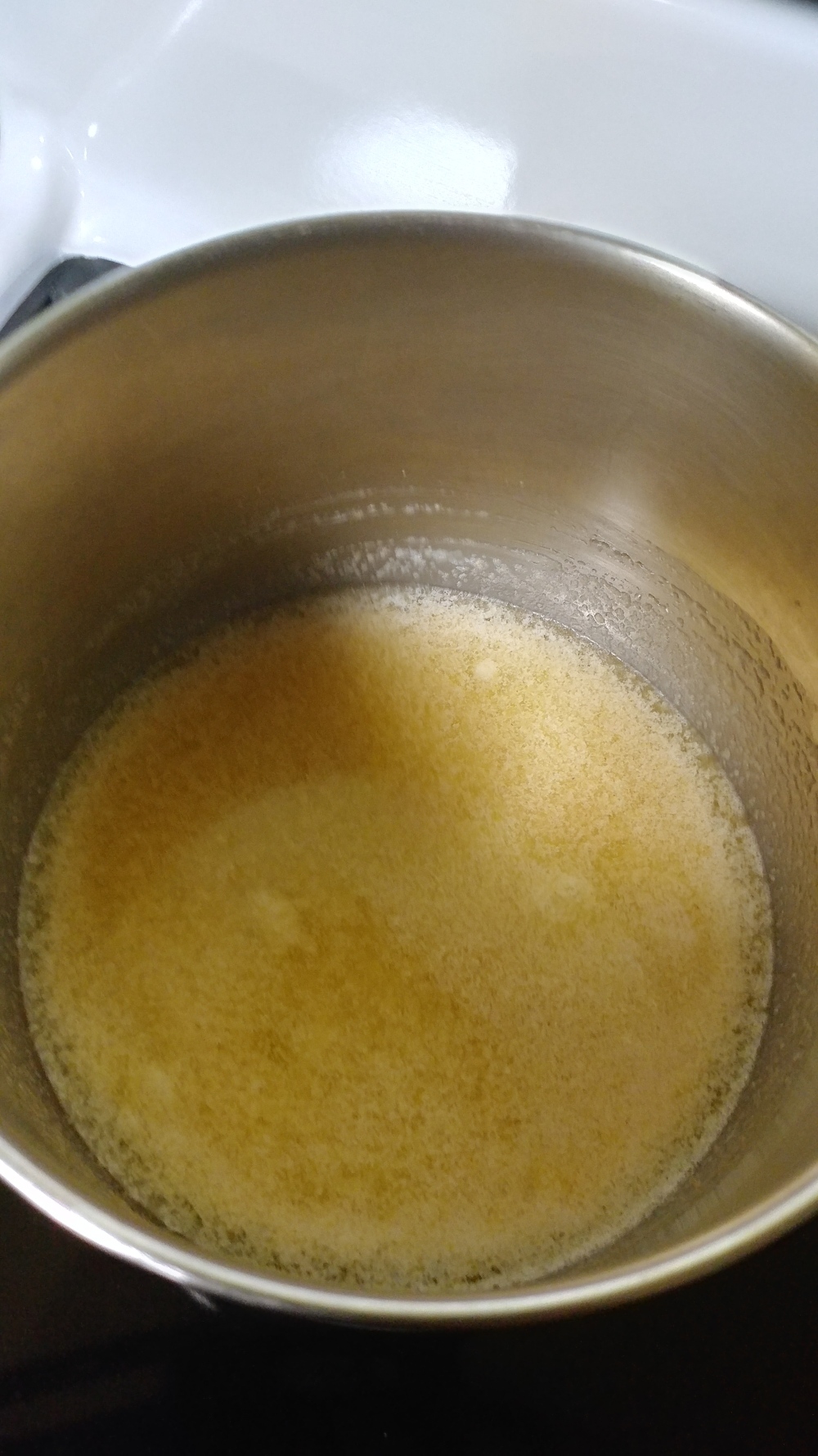 So once you have the Oysters in a Half Shell, lay them in the slots of the pan. If your coals are ready, go ahead and take that Cast Iron pan outside along with your Pan of melted butter, a Spoon and the Cheese. Set the pan on the grill above the coals and generously spoon on some of the butter concoction onto each of the Oysters and top with some cheese. I went a little nuts on some with the cheese and others with the sauce. I wanted to experiment. 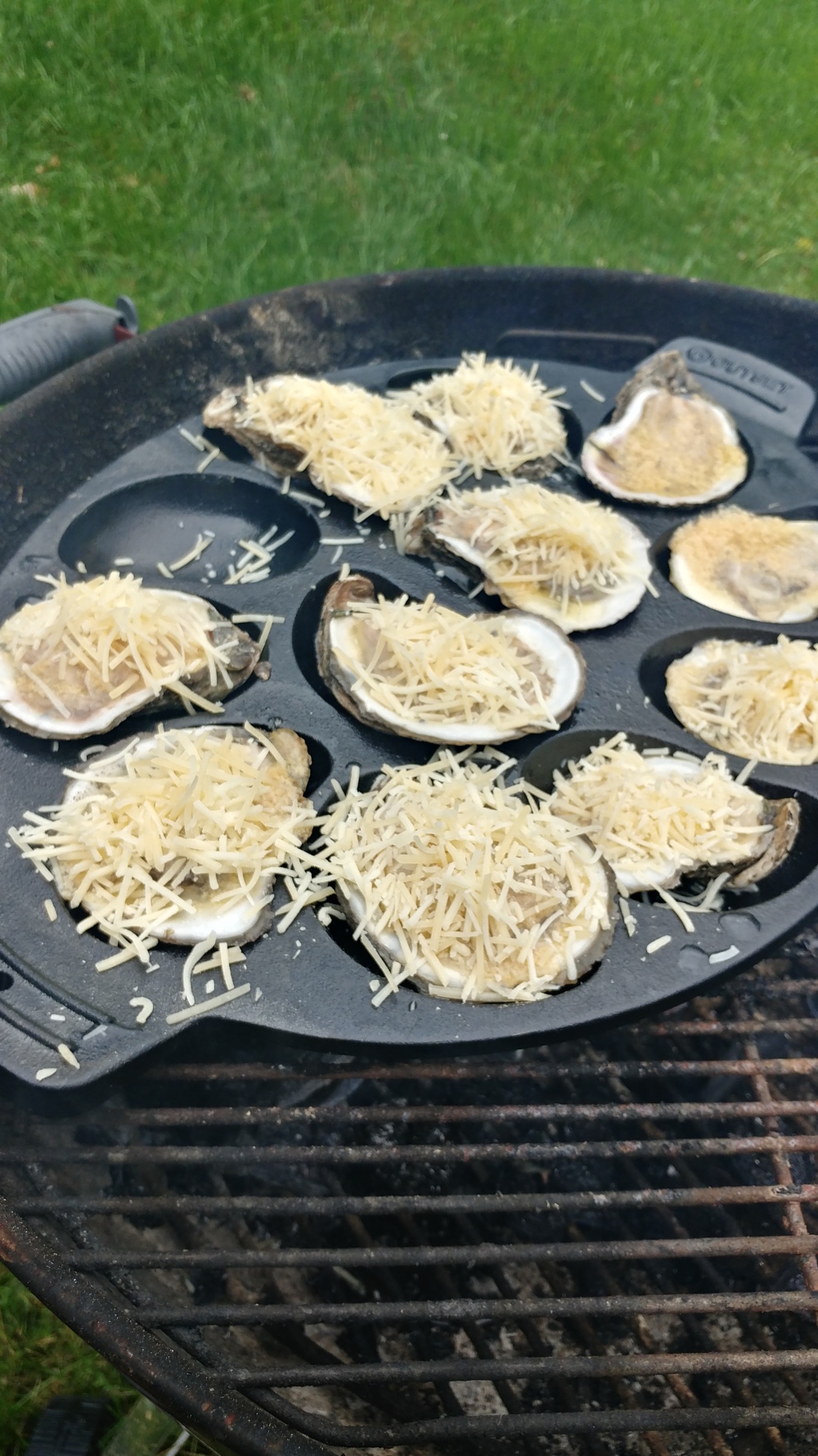 Put the lid on and let it sit for about 6 to 8 minutes or so. When you come back out, the cheese should be melted and the butter should be boiling and bubbling inside of the shells. They Oysters themselves should be getting a little Brown around the edges. Grab a pair of thick gloves and pick the pan off of the grill and place it onto a sheet pan. It is going to be very heavy and hot so be careful. Or, you can individually pick the Oysters out of the slots and let the pan naturally cool one the grill. 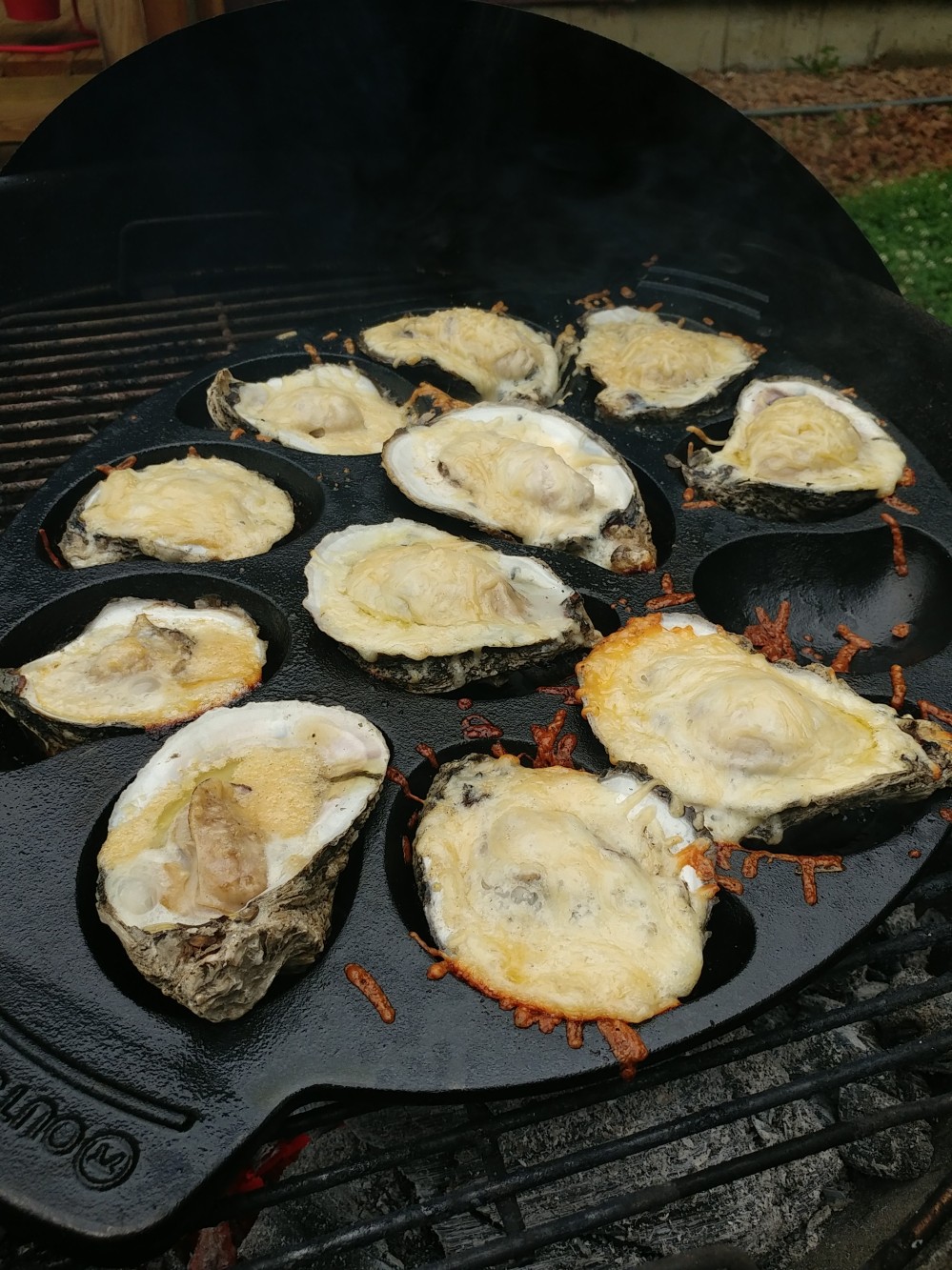 I did’t hate them, but I’m not sure I loved them. The Garlic Butter smelled awesome cooking and gave them a great unhealthy flavor, but I still don’t know how I feel about the texture of the Oysters themselves. Maybe I need to give them another try. Anyone ever try this? I would love to hear some ideas.