I bought a Brisket from my local grocery store this past weekend, and normally I would ask them to see their untrimmed Briskets in the cooler, but it being 4th of July weekend, they were slammed so I just grabbed one they had trimmed that was out in the cooler. It seemed tender, and had what looked like nice marbling but the shapes weird. There was no discernible point of flat. It was like a long chunk of beef. I will never grab one like that again. That being said, I decided to just smoke it and cube the whole thing for Burnt Ends.

So, around 7 am, I got that Smoker cooking to about 240 degrees. While that was heating up, I took the Brisket out to get to room temp and I rubbed it up with a basic Brisket rub and in she went. I added some Hickory pellets and after about 7 hours, it was at 190 degrees. Out comes the Brisket. Slice and cube that baby into bite size pieces and place them into a disposable tin pan.

Once the whole thing is cubed up, go ahead and cover it in your favorite BBQ Sauce. For this I used some Sweet baby Rays. 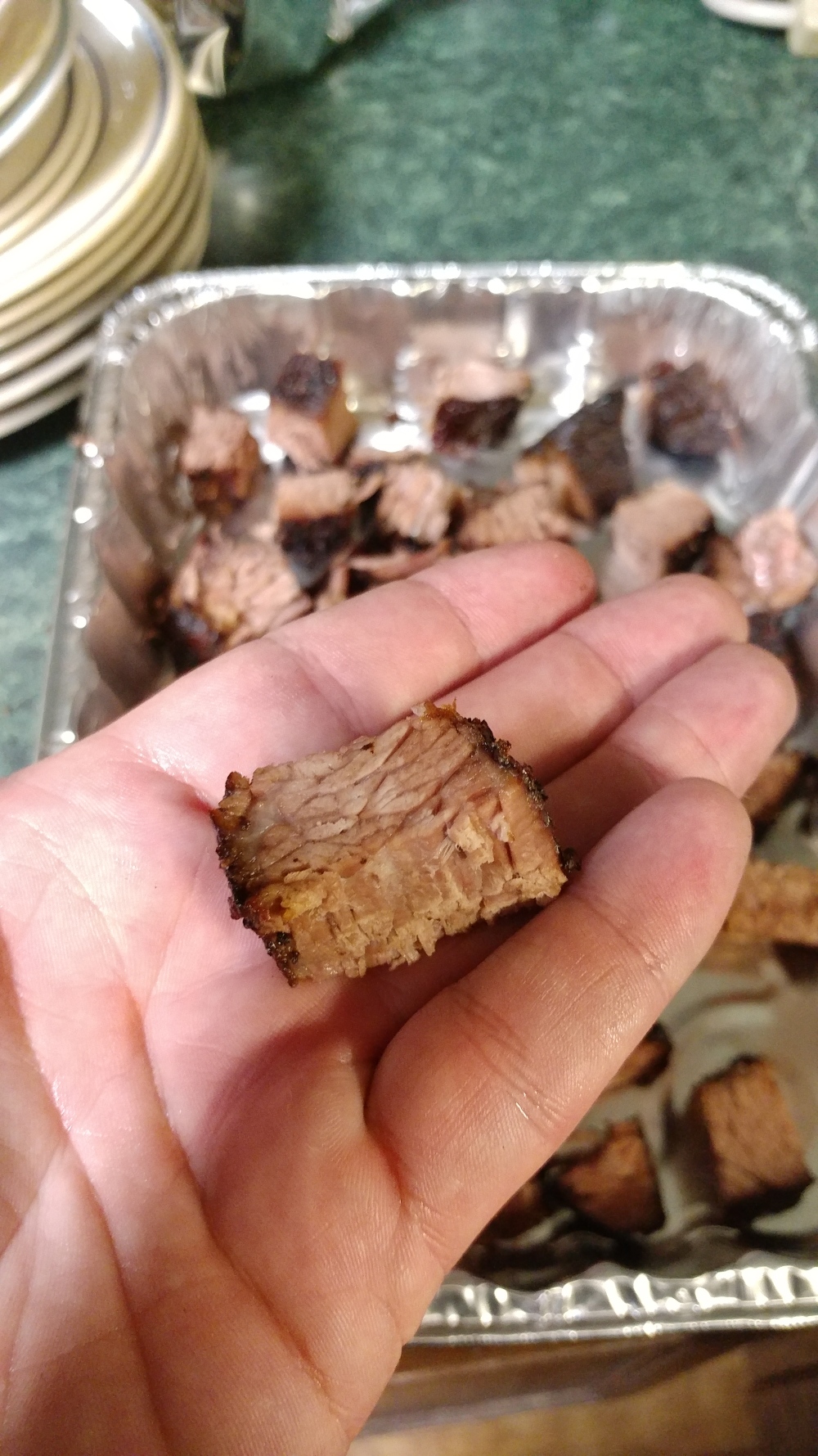 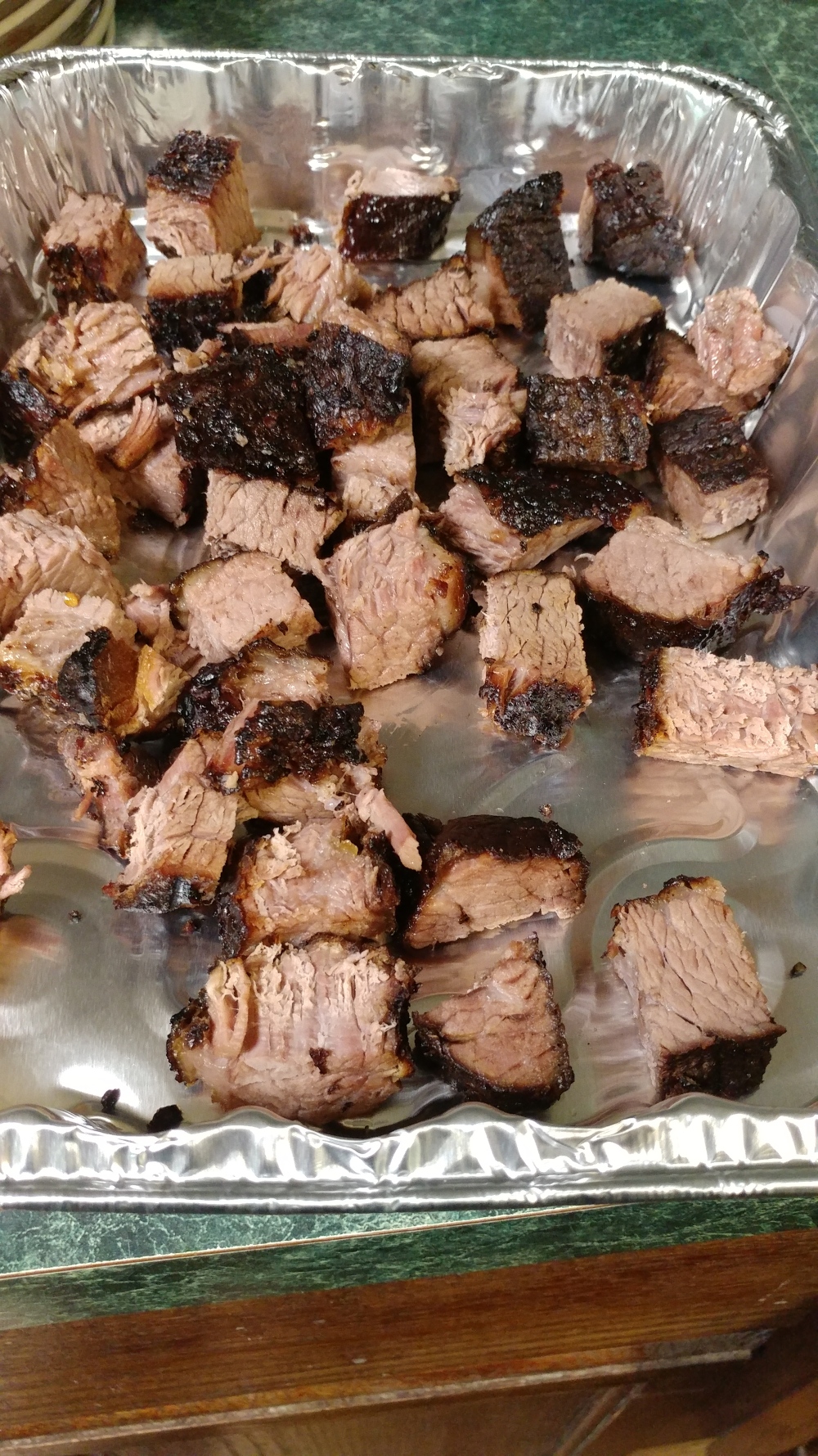 Take the Burnt Ends and throw them back into the smoker for about 2 hours. 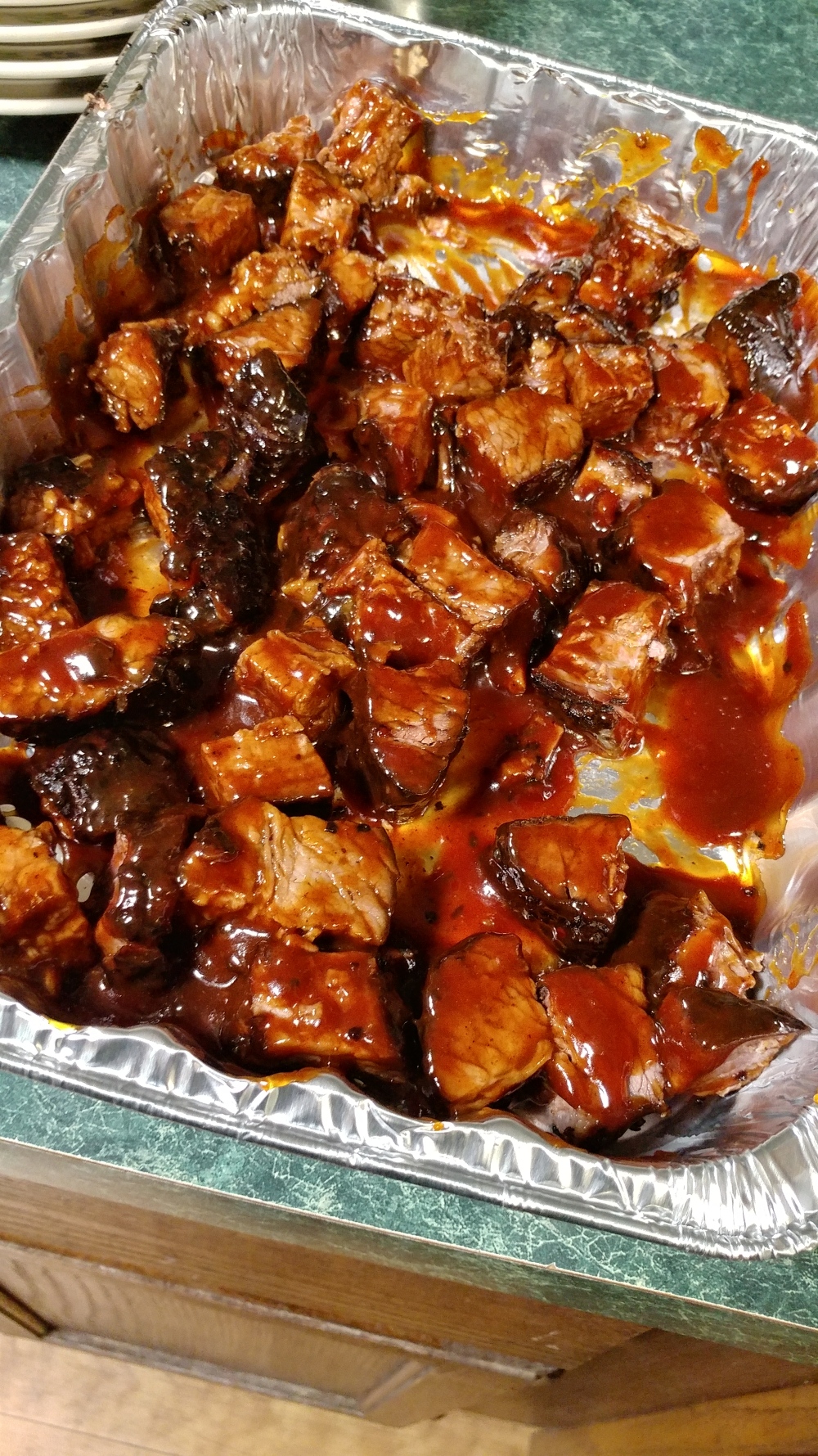 You really want them to look like they are Burnt on the Ends (as the name implies). The meat itself isn’t burnt, but the sauce on it gives it that look after it caramelizes all over the cubes of deliciousness. I like to take take them and place them into a bun or they are great to just pick out of the pan with a toothpick! One of my favorite parts about doing Brisket! 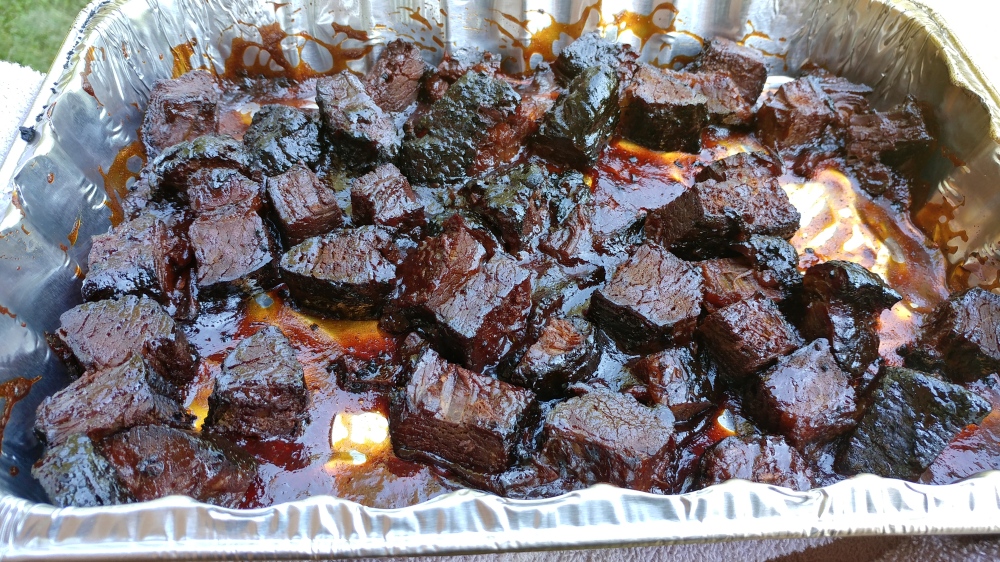